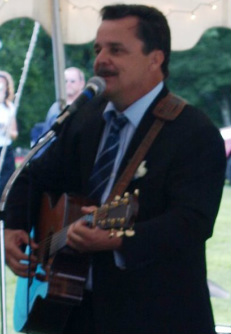 Tom Rotchford has recently established the Right Moment Band with a seasoned group of musicians & vocalists. Tom expects that this project will provide a lyrical exclamation & musical summary to some 40 Years of artistic creativity & performance. It is all about the song – and that point in time where you will get a chance to share in the experience with - The Right Moment Band.

Musical Genre: "What kind of music do you play?” - the question every player is asked. Tom's answer - Musical styles and I remain close friends but we are currently seeing other genres... it's complicated. Take a moment and listen to selections on the ﻿media page  - you decide.﻿

Connecticut native, Tom Rotchford lives in Tolland County CT. For a schedule of performances, Tom can be reached at www.RightMomentBand.com or Rotchsongs@gmail.com. 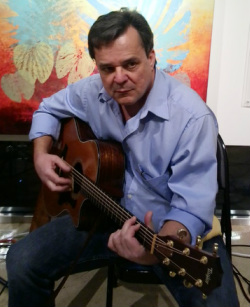 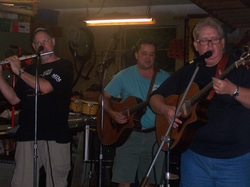 Rotchford, Cooney & Davis at the Davis Jam Fest circa 2012.